Taking of the Himalayan Challenge in a 1958 Morris Oxford
Bay of Plenty Times
On Monday Mount Maunganui’s Steve Partridge will farewell his well-travelled 1958 Morris Oxford. The next time he sees it will be in the Indian City of Delhi ready for a 7200km rally adventure.
Partridge and his Rotorua co-driver Corgi La Grouw are the sole Kiwi entrants in the 2018 Himalayan Challenge, a 21-day vintage and classic car endurance rally across India and Nepal, competing at altitudes of 5000m.
Organisers describe the route as unmapped roads, winding mountain passes, hair-raising highways and unrivalled scenery. The competition is on open road and requires precision timekeeping and navigation as well as reliability.
The 1958 Morris Oxford of Mt Maunganui’s Steve Partridge and Rotorua’s Corgi La Grouw during the 27-day 2016 Rally of the Incas from Buenos Aires to Lima.

The Bay of Plenty duo are experienced endurance rally competitors. They drove the Morris in the 2013 Peking-to-Paris Rally and the 2016 Rally of the Incas in South America. They also competed in the 2015 Trans-America Rally in a 1961 Ford Galaxy convertible.
The Oxford is being shipped next week ahead of the rally start in September where a field of 40 cars — ranging from a 1907 Itala to a 1975 Mercedes-Benz 280 Coupe — will assemble in Delhi. The route is so challenging that the organisers, the UK-based Endurance Rally Association, have limited entries to teams that have experience in previous events.
The 1800cc Morris Oxford is by no means the fastest or most powerful in a field that includes Bentleys and Porsches. But it’s a proven endurance rally car.
”It’s a great car because it’s so simple and easy to fix if anything does break,” said Partridge.
The 1958 Morris Oxford of Mt Maunganui’s Steve Partridge and Rotorua’s Corgi La Grouw during the 27-day 2016 Rally of the Incas from Buenos Aires to Lima.
They are self-contained on the rally without a service crew. The Morris boot carries a workshop trolley jack, spare axles, tubes, rubber bushes, a distributor and a spares kit including gaskets and suspension parts.
”The best thing about the Oxford is everything that fits on the right also fits on the left so you only have to carry half as many spares.
”It’s easy to pull the floating axles out. In South America we blew the head gasket and I changed it and we were going again in 90 minutes.” 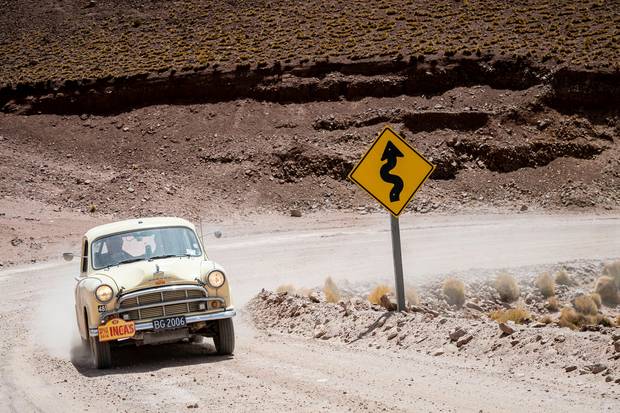 The Morris has a roll cage and a sump guard and is required to have a fire extinguisher and full medical kit. Navigation gets some modern assistance with two GPS units and a digital tripmeter and in the interests of long-distance comfort the Oxford has some Mercedes-Benz seats with armrests from a Range Rover.
”It’s a really comfortable car with lots of legroom and headroom. We put our suitcases and spare tyres in the back seat,” says Partridge.
Partridge bought the car in 2012 from Wellington and prepared it for the 2013 Peking-to-Paris Rally, a triennial rally that re-traces the route of the epic 1907 Peking-to-Paris.
”My old man had a few [Oxfords]. He was a car wrecker and I knew they were a reliable car. The other reason was 2013 was 100 years of Morris.”
They finished 17th out of 100 entrants in the Peking-to-Paris and then Partridge drove the car to England and shipped it home. The next outing was the 2015 Rally of the Incas from Buenos Aires to Lima.
”It’s had a bit of a rebuild since South America and I took it to a rally in the South Island to run it in.”
The Oxford has conquered some tough terrain in its rally career.
On the 27-day 2016 Rally of the Incas from Buenos Aires to Lima. Photo / Gerald Brown/Endurance Rally Assn
”I’ve driven it through dry river beds in Mongolia, the Gobi Desert and across Alpine passes in Switzerland,” says Partridge.
”We broke the windscreen in Siberia and I swear we ended up with 100,000 mosquitoes in the car. We drove with goggles for a couple of days and then I made a temporary windscreen out of some plastic from a shop front.”
On the Rally of the Incas, Partridge and La Grouw were presented with the award for being The Most Self Reliant Crew, a prize that reflects their Kiwi can-do approach.
”They call me ‘Jack Fix-it-all’,” says Partridge.
”We’re like a couple of hillbillies from New Zealand and some might laugh at us but I think we have one of the best cars.” 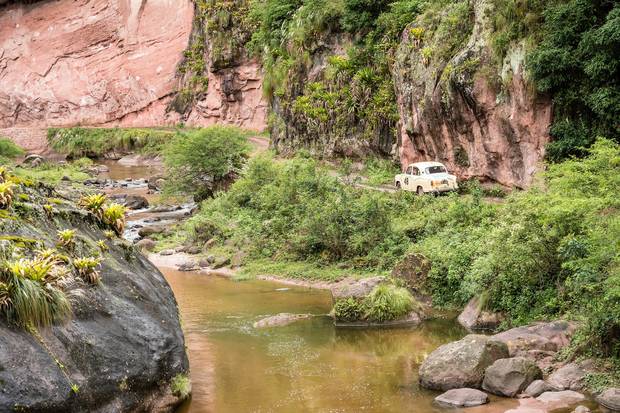 The Himalayan Challenge starts on September 21 in Delhi and loops through northern India and Nepal. The finish — with the backdrop of the Taj Mahal at Agra — is on October 11.

13 thoughts on “NZ Herald. Prelude to the Himilayan Challenge. Delhi India through Nepal and back to the Taj Mahal at Agra.”